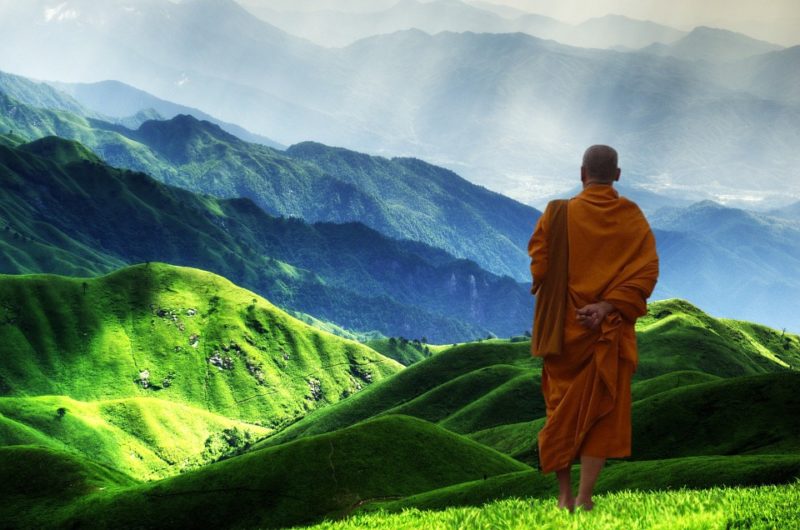 When we face a tricky problem, we often try to attack it with our logical thinking. This will often lead us right, but sometimes it may be worth taking a step back to consider the problem from another point of view.

Problem 1: Precisely at sunrise, a monk begins to climb a high mountain on a small path to reach a temple located on the top. The walk is laborious and he has to stop and rest several times. He arrives to the mountain top late in the afternoon and spends the night in the temple.

Exactly at sunrise the following morning, he begins to walk down the mountain again along the same path. He is now rested and is walking downhill, so the walk goes easy.

The question is whether there is a single point along the path which he would pass at exactly the same time both days.

Consider the problem for a while and then proceed to Problem 2. Answers can be found at the bottom of the page.

Problem 2: You are responsible for a football elimination tournament. Twenty-seven teams have signed up and for your planning of fields and referees, you need to figure out how many matches will be played before the winning team can be selected.

Solution to problem 1: Since we do not know the distance nor the walking speed of the monk, there is no way to mathematically figure out where he will be at any single moment. If we then try to intuitively reason, it would seem highly unlikely that this could happen.

But if we instead visualise two different monks doing the same two walks during the same day, then we would quickly realize that they must definitely meet somewhere along the path no matter how fast or slow they walk.

Solution to problem 2: Most people facing this problem would adress it by drawing a chart of all the matches, from the first to the last one. Others with better math skills may try to set up a formula to calculate the required number of matches.

The solution is much easier than that. The answer is 26. Because at the end of the tournament there can only be one winning team, so by that time there must have been 26 defeated teams. And as in an elimination tournament you have to leave after your first loss, there will need to be as many matches as teams to be eliminated.

What may make the thought go astray in this example, is that we are more likely to focus on the winners than the losers. By reversing the reasoning and looking at the losses, the problem imediately becomes easier to solve.

Test yourself with some other outside-the-box challenges