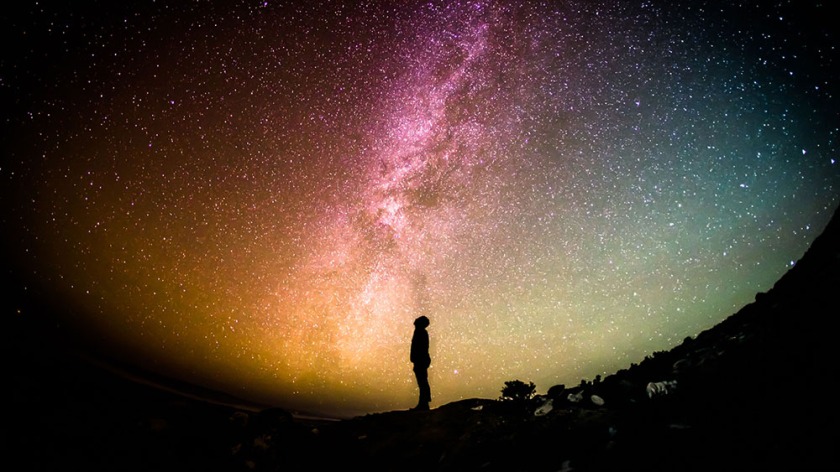 It can be both useful and enriching to occasionally retract and become absorbed by the greatness of the universe and one’s own smallness. To walk alone along a beach with the salty wind in the nostrils and listening to the sound of rolling waves and crying gulls or to gaze at a starry sky a cloudless night, untouched by light pollution, can give an intense sense of being an interconnected part of something which is much bigger than ourselves.

No matter how big and important we consider us to be privately or in our professional life, we are just a small thread in a much larger fabric. Humans have existed for about 200,000 years, which means that there have been 10,000 generations before us and if we as a species avoid destroying the earth we live on, we may be followed by another 10,000 generations, which by itself is only a tiny fraction of our planet’s life span.

We live in a world where the smallest small drop of water contains a multitude of lives that are more beautiful and complex than we can ever imagine. Being an interconnected part of the infinite universe does not only make us small, it also makes us important – not by ourselves, but by what we are a part of.

As human beings, with all the pain and concerns we constantly carry with us, there is an immense power in this knowledge. And the worries that in difficult times may seem overwhelming can then be reduced to their correct proportions.

And on the contrary, in moments of supremacy, when everything goes our way, the great surrounding around us should give us the right proportions also to our successes so that we can live our lives with greater humility.