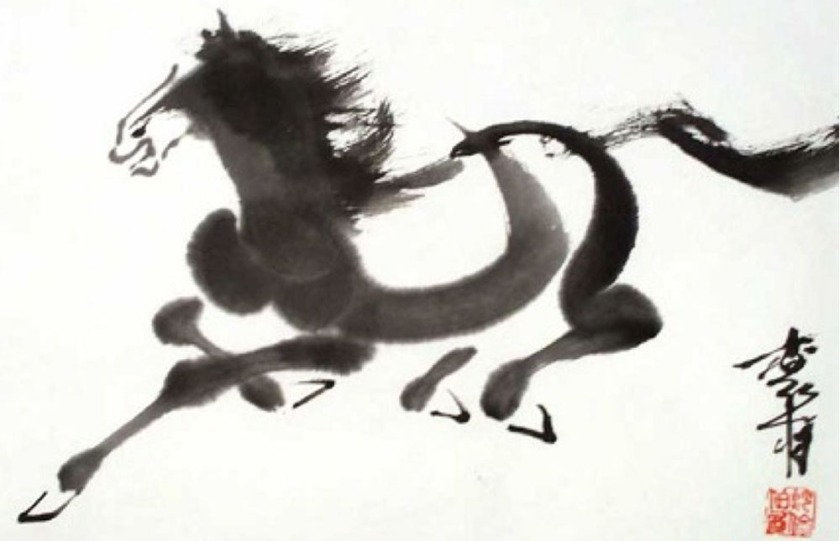 There is an old Taoist story about a farmer and his horse that is likely well over 2000 years old. The story teaches us to accept things the way we are.

One day the farmer’s only horse ran away. His neighbours immediately came over to commiserate, “We are so sorry about the loss of your only horse”. But the farmer just said: “Who knows what’s good or bad. We’ll see.”

The next day, to everyone’s surprise the horse came back, bringing with it five wild horses. The neighbours again came over congratulating him to his good fortune, but the farmer repeated: “Who knows what’s good or bad. We’ll see.”

Later that same week, the farmer’s son tried to mount one of the wild horses but was thrown off and broke his leg badly. The neighbours immediately came by to express their sympathies, but the farmer only answered: “Who knows what’s good or bad. We’ll see.”

Some time later wore broke out, and the local war lord drafted all able young men to the army, but the farmer’s son was spared because of his broken leg. The neighbours said, “Congratulations! This is such good news. You must be so happy!” But maybe not so surprisingly the farmer just said: “Who knows what’s good or bad. We’ll see.”

The farmer in this story had realised that life is so unforeseeable that we can never in advance know whether the things we experience in the end will prove good or bad.

But there is one more important lesson to learn – that it’s of no use to dwell over the things that have happened to you if there is no way you could change the outcome.

Sure, you could (and should) enjoy any good fortune coming your way, especially as everything is impermanent, and you should of course also try to change things that are bad or not being at their best. But there is only so much that is under control, and living our lives with acceptance and equanimity right now in this moment, is a well-known recipe for happiness.

Anyway, the past is just a memory and the future is yet a fantasy!