There is a saying that seeing is believing, but what happens when what you see with your eyes contradicts a seemingly obvious truth? 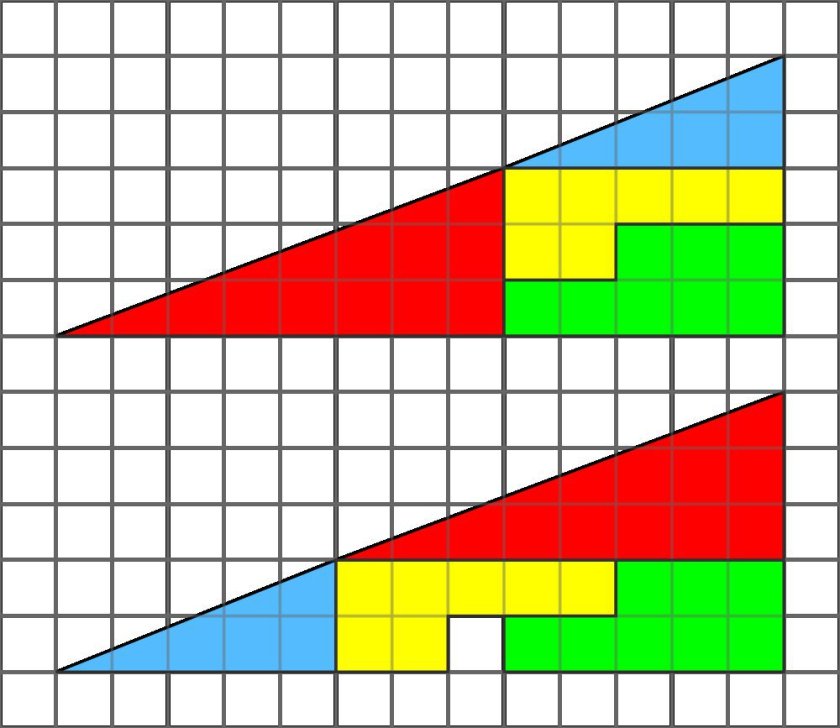 Have a look at the the two figures above. Both figures are 13 squares wide and 5 squares high, and each of them is composed of four geometric shapes that are identical in the two figures. Yet, an empty square suddenly appears when rearranging the shapes.

Can you explain the origin of this square?

Hint: You will need an eye to see things from a different perspective.

Scroll down for the answer.

Answer: We are so used to see common, wellknown geometrical shapes, such as triangles that we automatically assume that something looking like a triangle in fact is one. In the above thinking challenge, the two figures are in fact no triangles, but two different four-sided figures. And yes, I fooled you with the post title…

If you tilt your screen and let your eye follow the upper shapes of the red and blue triangles, you will note that it is not a straight line, but instead two lines “bulging” downward in the upper figure, and “bulging” upward in the lower figure. This slight difference over 13 squares is enough to account for the missing square.

Test yourself with some other outside-the-box challenges