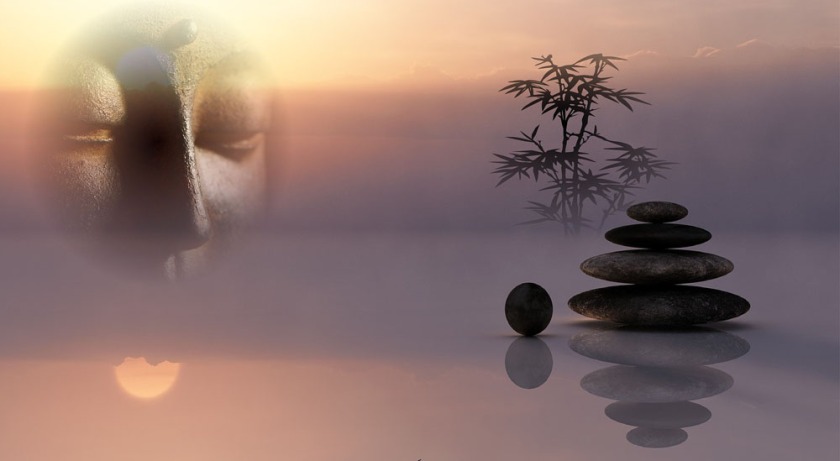 In our stressed out western world, where so much of our lives circle around money, possessions and surface, more and more people are looking for alternative values ​​in life that instead emphasize simplicity, harmony and balance.

The focus is often on ancient Asian practices, which are dusted off and usually dressed in a western costume. Concepts like meditation, mindfulness and yoga are tossed around, and variations of these themes are practiced in yoga studios, with focus on body movements, as well as used in various stress reduction programmes that include both meditation and mindfulness exercises.

There are obviously many similarities between these three, and when one tries to evaluate the positive health effects of practising them, the question arises what is what? Is mindfulness a form of meditation, and where do the meditation exercises of yoga fit in?

The three practices are all based on the same spiritual Indian tradition. The first time meditation was mentioned in writing was in the Vedic scriptures, of which the most famous, the Bhagavad-Gita from 500 BC, also describes yoga. Different forms of meditation were picked up and refined by Buddhism and Chinese Taoism, and within Buddhism, mindfulness (sati) was originally described as the first factor of enlightenment.

Mindfulness is about being fully present in the moment. In this presence, you strive to be fully aware of all the sensory signals that reaches your mind, including the movements and postures of your body. In a state of mindfulness, you notice with curiosity what is happening to you in the present moment, but without any judgment of what is happening, and if the thoughts wander off in daydreaming, you try to draw the attention back to the moment.

A specific form of mindfulness is mindfulness meditation, where you first concentrate on following your breath. In this way, you can empty your mind from all fluttering thoughts, stress and worries, to be fully focused on and present in the experience of your breathing. While still following your breath, you then expand your mind to include all the sensations, feelings and thoughts that are flowing through without judgment and without being carried away by them.

Yoga is a complex spiritual system (ashtanga), with roots in the pre-Hindu Vedic tradition. It rests on eight limbs. These are yama (five ethical life rules), niyama (self-discipline that includes regular meditation), asana (movements and postures performed with synchronized breathing, which should be performed in total awareness – mindfulness), pranayama (breathing exercises), pratyahara (distancing yourself from all sensory signals), dharana (a focused concentration that precedes meditation), dhyana (a meditative state without any focus) and finally samadhi (a state of blissful ecstasy and sense of being one with the universe that goes beyond, transcends, the experience of a distinguished me).

Suggestion: When looking for a yoga studio, try to pick one with a holistic view and awareness of all the spiritual parts of the practice, and not only a “gym-like” approach to the asanas. In Stockholm, I have found my own haven at Atmajyoti.

Meditation then becomes an overall umbrella concept, which involves a variety of exercises and activities to achieve increased awareness and concentration, with a focus on compassion and an elevated mind. These include, concentration, perceptive awareness, loving kindness, and contemplating the nature of existence. Meditation can also be used for attaining a greater insight into the mysteries of existence.  Dhyana and samadhi are also states tat could be experienced through Buddhist meditation.

Both mindfulness and yoga can be described as different expressions of meditation alongside others such as tantra, spiritual sexuality, recitation of mantras and silence.

Meditation, mindfulness and yoga are thus branches of the same spiritual tree with its roots in India more than 2,500 years ago. These branches blend and intertwine. Regardless of which branch you prefer, a regular practice comes with a number of positive effects on both mental and physical health, as well as creative thinking and intellectual sharpness.

3 thoughts on “Meditation, mindfulness and yoga – branches of the same tree”