Serendipity is an unplanned fortunate discovery that could lead to great innovation. But it requires an open mind.

When enough people in different ways seek solutions to different problems, it becomes inevitable that chance does not only pose problems, but also helps to find new innovative solutions – a phenomenon known as serendipity. The history of science is filled with such stories and some of the most spectacular discoveries can be attributed to a combination of happy coincidence and scientists with the ability to see and take advantage of the opportunities.

The most famous example is perhaps the Scottish microbiologist Alexander Fleming’s discovery of penicillin, when he returned to his laboratory after a weekend trip and discovered that a colony of Penicillium mold on a forgotten agar culture plate had inhibited all bacterial growth.

But there are lots of other examples of how chance has been crucial for revolutionary progress not least in research.

During the Second World War, the US defence industry company Raytheon produced radar systems with so-called magnetrons that could produce very short wavelength (microwave) radio waves. One day, Percy Spencer, one of Raytheon’s engineers, worked with such an installation when he discovered that a bar of chocolate he had in his pocket had melted. He realised the connection with the microwaves and began experimenting first with popcorn that popped and later with an egg that exploded in his face. By chance, Spencer had come to realise how microwaves could be used for cooking and today there is a microwave oven in most homes.

In 1856, when the chemical industry was still in its infancy, the 18-year-old English chemist William Perkin experimented with the petroleum product aniline in an attempt to synthesise the malaria medicine quinine. He did not produce any quinine, but instead discovered that by diluting the aniline in alcohol, he would get an intensely purple dye. At this time, dyes were based on natural substances and very expensive. Most expensive of all was purple.

Perkin was now able to develop a process where he could mass produce the new dye that he called mauveine. In England, the industrial revolution had just begun and was very structured around fabric production. The new dye became an instant commercial success and purple the new great fashion colour. 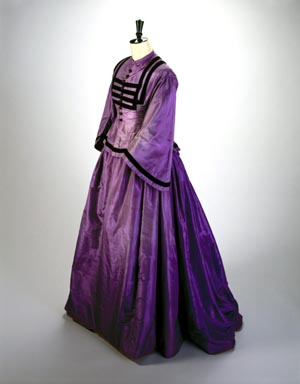