Motivation is the driving force behind all our actions, from going up when the alarm clock rings in the morning to climbing Mount Everest. 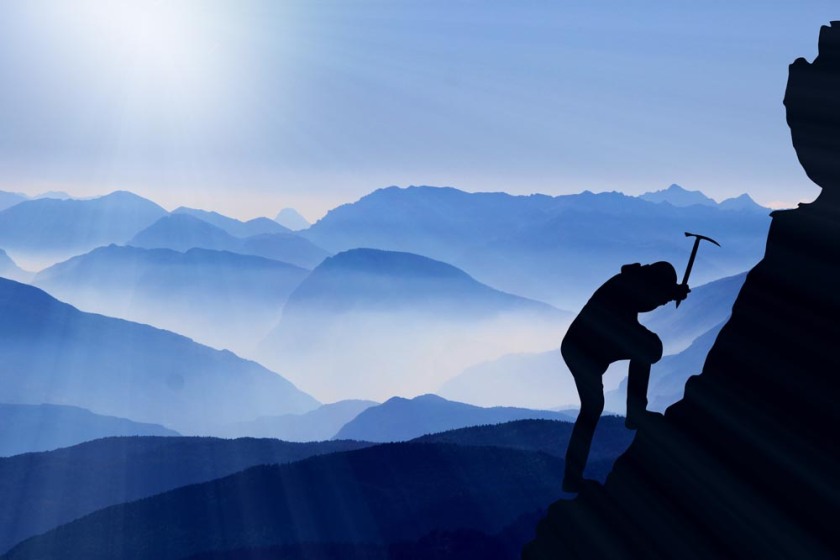 Motivation is our desire to do things or to achieve results. Motivation is what makes us act, whether it is to eat a sandwich to still the hunger or to read the morning paper to know what is happening in the world. Motivation is the deciding factor in achieving your goals – and research shows that we can influence both our motivation and our self-control.

Motivation is thus the difference between getting up early in the morning regardless of the weather in order to carry out the long running round or to stay in bed.

Motivation is important for creativity. It stimulates us to see the problems around us and to find nifty solutions to them. It means that we make a little extra effort and do not give up when the problems pile up or when the first idea has failed. It gives us the stamina to continue the whole journey right up to the goal. In addition, the motivation is strongly linked to our inner reward systems, which also makes the challenges pleasurable.

Outer motivation. But then, what is it that motivates us. Intuitively, one might think that it is the external motivation, to gain benefits or avoid disadvantages, which is the most important. The possibility to make money, to become famous, to be admired, to get the chance for a better job, to win honour, to study to get high marks, to clean the room to avoid punishment or to practice in the football team to win matches.

Certainly, these factors can be very strong driving forces. The young talented singer dreams to get on stage and maybe win a talent contest. The successful researcher enjoys being regarded as an authority in his field and being invited to be the keynote speaker at conferences.

Inner (intrinsic) motivation. But most often it is the intrinsic motivation that is most important – when we do something for ourselves and not for someone else, when we have the desire to create. The self-satisfaction means more than others’ encouragement when we challenge our abilities to see if we can master a task, or if the goal has a great inner value for us.

A new French girlfriend is surely a stronger motivation to learn French than the prospect of getting a better paid job. Many truly creative people are introverted in their personality and rather find their comfort zone in solitude than in the spotlight. The internal motivation is also much stronger linked to our biological reward systems than the external factors.

What was initially driven by an outer motivation can eventually become a strong inner motivation. Anyone who begins to exercise because of gained weight and the clothes no longer fitting, can eventually get into the exercise first as a habit and then even as a need.

Is it outer or inner motivation? Sometimes it can be difficult to distinguish between outer and inner motivation. The instinct for competition is deeply rooted within us and most elite athletes hate to lose. The same force that causes them to throw the pieces on the floor after a lost chess game, drives them to endure what for others seems to be torture-like physical hardship to win the championship. On the surface it may appear that it is the external reward (honour and gold medal) that is the important one, but in fact it is more often the inner motivation – to prove to oneself that you can do it. It is the same inner motivation which drives the swimmer towards an Olympic medal that drives the mountaineer to reach the peak of Mount Everest.

Over justification. For the vast majority, it is thus the inner motivation that is the most important and external motivation, on the contrary, can in some cases even have an opposite effect. A child who receives paper and crayons can devote hours to artistic creation due to the joy it brings.

But if the child instead receives a reward for each completed drawing, the act of drawing will soon be linked to the reward instead of the desire, and should the rewards stop coming, the motivation to continue would quickly abate. This is called “over justification effect” and means that the internal motivation decreases when one is rewarded for activities that were previously done for pure pleasure and joy.

This effect can also be seen in adults. As soon as the creative act shifts from being driven by joy and desire to a task motivated by rewards, the endurance to continue risks quickly decreasing when setbacks come.

While praise and constructive feedback can enhance the inner motivation, it decreases if the reward is seen as payment for a job or when the work effort is not in proportion to the reward. It then creates new neural networks in our brain that associate the activity with the external reward and not so much for the inner joy, which can reduce the activity of the reward centre.

The external reward can also give the impression that we are “bribed” to do something solely for the sake of reward.

When to reward? Rewards should thus be avoided when the individual already has a high internal motivation, or when the reward can make an act of play mimic work. However, at the workplace the feeling that one’s efforts are valued (e.g. that the salary and benefits are perceived as fair) is crucial for the individual’s efforts.

But here it is usually the justice aspect, which is strongly linked to the inner self-esteem, which is more important than the actual salary level and appreciation and valuation can be done in other ways than through the pay check. This can sometimes mean that a skilled employee would rather stay at a workplace where the salary is lower but the work is appreciated and there are opportunities to grow and develop, than to move to another company where the salary is indeed higher but the work efforts are not so visible.

One should also not exaggerate the negative effects of overpayments. All rewards are not negative and outer motivation can play a big role in certain specific situations e.g.:

One thought on “The ingredients of motivation”